Two of EEA’s ‘family’ of artists and members sadly died recently and we send our love and sympathy to their families and friends.

Deb Swallow joined EEA in 1986. She was a true creative force at EEA contributing her extraordinary ideas, skills and imagination to some of our most notable projects and events throughout the 80s and 90s. Deb was a multi-talented artist: an amazing singer, musician, performer, maker, puppeteer and director. In 1993 Deb married musician Stan Adler with a wedding day that we celebrated in style at Rothbury Hall where the floor was painted tartan to match her wedding outfit. In 2003 Deb, Stan and their daughter, Miriam, moved to France where for many years they made sweet music together and as solo artists and where Deb also developed her skills in ceramics. As with many people at EEA Deb formed strong friendships with many of us and we will always remember her for her great warmth, kindness, humour, huge talent and big personality.

We are also sorry to hear the news that Paul Lowe recently died. Paul was another EEA member and later became an EEA Trustee. We met him in 1985 when he was associated with the notorious creative scene in Deptford. He was working as an A&R man in the music industry, discovering talent such as Terence Trent D’arby who he managed at the height of his fame. Paul contributed his knowledge and great intellect to the workings of EEA as a company – overseeing contractual arrangements for the Bollywood Brass Band’s recordings, initiating our first ever marketing strategy and co-writing the Millennium Celebrations Toolkit - a ‘how to’ guide to creating community based public events. He also created a number of soundtracks for our outdoor shows. Paul gave up the music industry for a healthier lifestyle and studied anthropology at Goldsmiths and later formed a training organisation around his passion for bicycling. He also contributed to strategic transport initiatives in London. Despite ill health Paul tried not to miss an EEA show or Christmas party and remained a firm friend of the company and throughout the years. 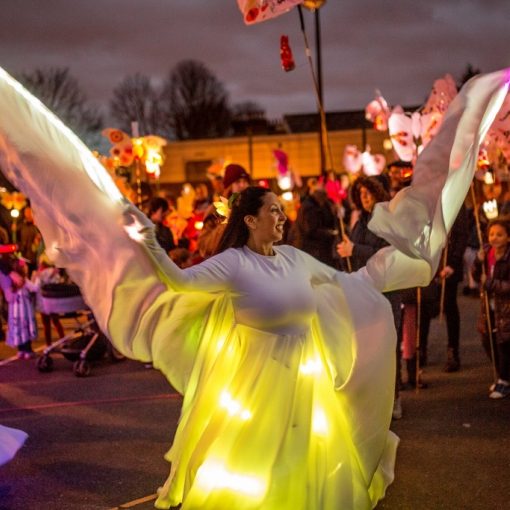 Help us to Build our Fun Palace! 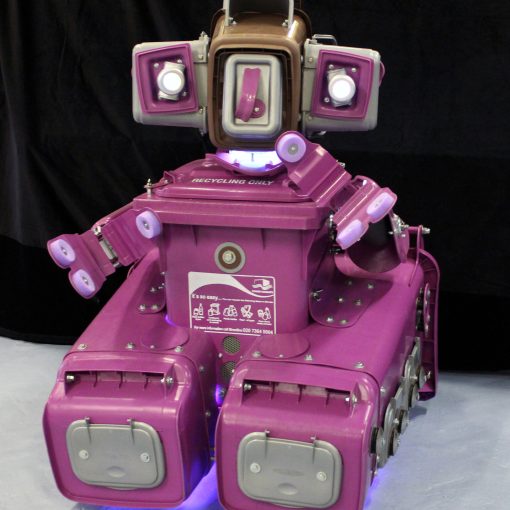 Binbot has a son!

We were commissioned by Veolia to create an interactive small robot for use in promoting the 3Rs (reduce, reuse, recycle).