In September 2014, EEA worked with Forest Hill School to deliver their Young Citizenship Programme (YCP). This is a social action initiative aimed at engaging young people as active citizens within their local community.

The YCP inspires and empowers young people to take an active role in the growth and development of their communities, creating and implementing solutions that seek to address local issues and benefit local people. The programme also equips the students with the skills, knowledge and attitudes that will help prepare them for success in their future lives.

Over the year, we worked with year 9 students (who became our young producers) to help them facilitate their social campaign to challenge the divide between younger and older members of the community. As part of their campaign, the young producers created an intergenerational event called The Fresh Foxtrot Fusion which debuted at Lewisham People’s Day, and involved breaking down social stereotypes through participating in an array of music and dance based activities (from golden zumba to gramophone DJ’s).

EEA are thrilled to be invited back to deliver the programme again, and from December 2015 we will work with the year 9 students to help them to create and pitch their own ideas which champion positive social impact in their community. A panel of judges will then select one campaign which we will help produce in the Spring/Summer term.

The Radical Citizenship programme, which comes under our Creative Activism strand of work, aims to inspire action and champion young people’s voices and ideas in order for them to leave a positive contribution in their school and the local community.

Two of EEA’s ‘family’ of artists and members sadly died recently and we send our love and sympathy to their families and friends. 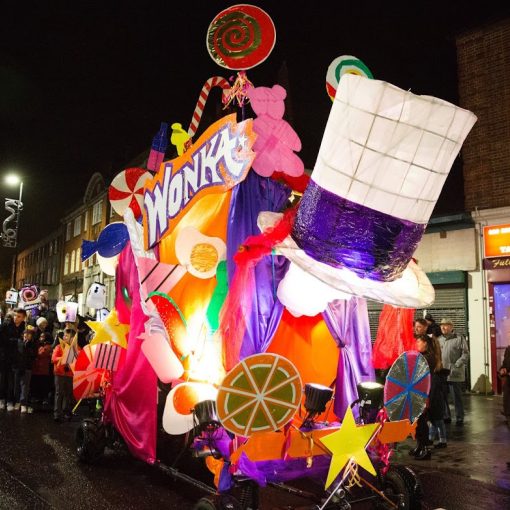 Inspired by the wonderful world of Roald Dahl, EEA brought Eltham High Street to life with hundreds of lanterns and drumming bands. 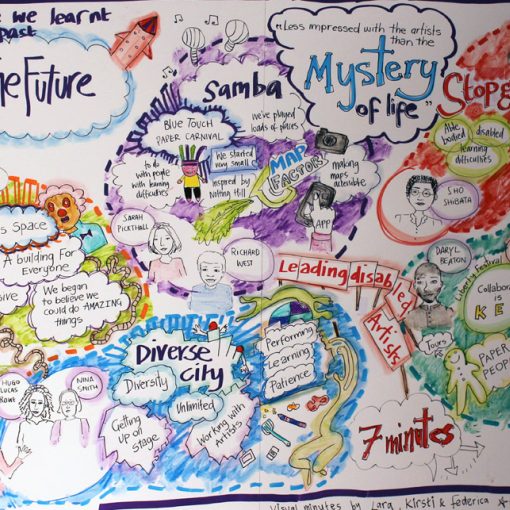 The Secret is OUT! Storify and report

Emergency Exit Arts, in association with HOME Slough, Creative People and Places and Creative Junction brought astronomical discovery into the centre of Slough.